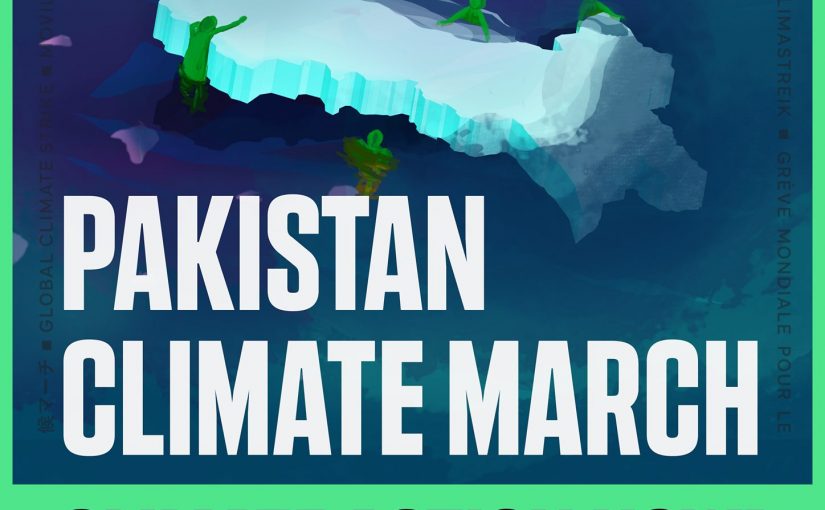 The climate system encompasses five interacting parts – the atmosphere, hydrosphere, cryosphere, biosphere, and lithosphere – which are working cooperatively to maintain the earth’s temperature. The biosphere or ecosphere literally interprets as the layer of the planet Earth where life exists. The atmosphere is simply the air, or a mixture of gases, surrounding the earth. The hydrosphere would be all the water content found on and around the earth; while the cryosphere are those portions of the earth that comprise only of frozen water content. The lithosphere – which is the outer most shell of the earth (the crust) – influences the atmosphere dynamically. This is because of the winds blowing over the surface of the earth, which directly influence the climate of a certain area. Climate change refers to significant, long-term changes in the global climate.

When the climate system of the earth changes, new weather patterns are formulated. If these changes in the earth’s temperature are declared permanent – or have lasted for at least thirty years – it can be said that climate change has occurred. This new climate system can last from only a few decades up to a million or more years. A major aspect of current day climate change is global warming; both of these being closely related. Human caused global warming has played a vital role in climate change – thus impacting both human and natural systems on all continents and across the oceans – but negatively. The greenhouse effect is a natural process that warms the earth to keep up a suitable temperature, but the enhanced greenhouse effect is to be looked out for. The alarming rate of enhanced greenhouse effect is nothing but damaging to the environment and is feeding climate change.

When the sun’s energy (rays) reach the earth’s surface, only some of it is absorbed while the rest is reflected back to the space and re-radiated by greenhouse gases. Now the only difference is that the induction of other greenhouse gases – caused by human activities – causes the enhancement of the greenhouse effect. This warms the earth further than the required amount; this unnecessary rise in heat and temperature is leading to human induced global warming. Many lines of evidence show that the warming of the past fifty years is primarily due to human activity. 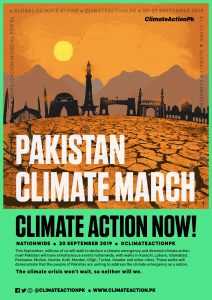 The soar in the earth’s temperature originates from the increased use of fossil fuels in transportation, manufacturing and communications. There are certain gases that trap excessive heat in the earth’s atmosphere (after it has already been reflected back), thus warming it further. Some of the most notable gases causing this specifically include water vapor, carbon dioxide, methane, nitrous oxide, ozone and some artificial chemicals such as chlorofluorocarbons. The use of CFCs is very common today; they are involved in the manufacture of aerosol sprays, blowing agents for foams and packing materials, as solvents, and as refrigerants. The more the gases, the higher the rate of the enhanced greenhouse effect. This leads to more global warming leading to more damage to the earth’s climate and its system – so much so that the temperature of the earth today is going up faster than at any time in history.

Another source contributing to global climate change would be black carbon. Black carbon has recently been uncovered to be a major source of assistance to climate change (second to carbon dioxide) – it is produced both naturally and by human activities as a result of the incomplete combustion of fossil fuels, biofuels, and biomass. This material is not only fueling climate change excessively, but also has a huge impact on human health; spreading lung diseases, while also reducing visibility. Cloud formation and rainfall patterns are severely affected by black carbon emissions. Its dark tint causes black carbon to heat up in the sunlight – this minimizes its reflective properties, trapping more heat and reflecting lesser back into the atmosphere. Carbon emissions are primarily coming from vehicles and coal fueled power projects – a phenomenon which Pakistan is looking at in the near future, without taking in consideration its negative impact on the already worsening air quality.

While climate warming over the past century is extremely likely to be caused by human activities – 97% of climate scientists agree – there is still a small rate of climate change being caused by nature and its cycles. However this natural climate change wouldn’t have harmed the earth in the slightest if it weren’t for human caused climate change. A few natural factors that have led to climate change, would include changes in the sun; volcanic eruptions that release harmful gases; changes in the earth’s orbit around the sun, and naturally increasing levels of carbon dioxide.

Because all systems in the global climate system are connected, adding heat energy causes the global climate as a whole to change. Furthermore, small changes in temperature correspond to enormous changes in the environment. In the past, a notable amount of climate change had occurred but only today, the devastating effects can be seen. What scientists had predicted global climate change would bring about can now be clearly observed – there is a loss of sea ice (a melting cryosphere) which causes a rise in the sea level; an obvious effect would be more intense heat waves. Glaciers have shrunk, ice is breaking up earlier, and trees are flowering sooner. These are just some of the harmful impacts of climate change. If it continues on the same accelerated level as today, the earth may not support life altogether, anymore.

Scientists have predicted that global climate change will continue; an increase in the global temperature of the earth will continue for decades to come. The Intergovernmental Panel on Climate Change (IPCC) anticipate a temperature rise of 2.5 to 10 degrees Fahrenheit over the next century. This is largely owing to the rise in greenhouse gas usage caused by human activities. Humans have set in motion major climate changes. It cannot definitely be said whether climate change is reversible or not. This is because greenhouse gases would keep circulating around the earth’s atmosphere for a long time after; even if the emissions are limited or completely stopped – this is especially the case with carbon dioxide. 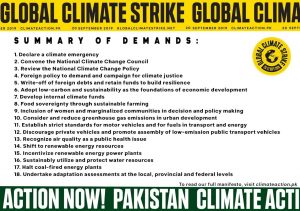 While slowing down climate change would be a long and hard process, it is possible. There are quite a few lifestyle changes – that if acquired – can help save the earth. Eliminating the use of fossil fuels is the way to go; trying to opt for natural alternatives like, plant-derived plastics, biodiesel and wind power, would significantly help reduce the enhanced greenhouse effect and global warming. Because transportation is the second biggest source of greenhouse gas emissions, it would be impactful to use public transport – or even better- walk or cycle your way to school or work. Last but not least, the cutting down of trees or deforestation is heavily damaging to the environment; it should be avoided at all costs as stored carbon dioxide inside a tree – is released upon being cut down. There is a significant increase in the awareness about climate change. Now, the planet requires action to be taken – if there is any chance of restoring the climate. 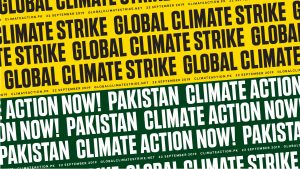 *Mahnaz is 14, and an O Levels student, awaiting release of her mystery thriller novel in December by Rupa Books, Delhi.