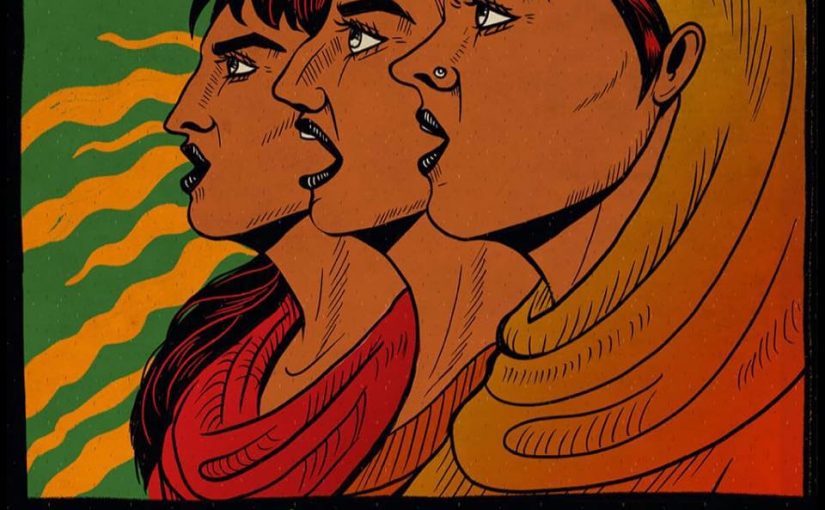 Today, an intersectional group of women, trans-genders and other allies will be marching from Lahore Press Club to Al-Hamra in order to mark the International Women’s Day in Lahore. Unfortunately, as with all other aspects of their lives and struggle for equality, this day and this march too is stigmatized by certain members of the society who have an interest in dismissing any effort that unites women.

A common misconception about women who take to the streets to claim their space and their rights is that they are necessarily belligerent, man-hating, family distorting activists-type women who do not wish to see their fellow women settled in their homes and who are spoilt, privileged and defiant sinners destined to go to hell taking their allies down with them. They are type-casted by prospective ‘rishtas’ as being ‘that sort of a woman’ to the extent of being labelled as ‘the Asma-Jahangir-sort’ with a negative connotation attached to that name. At other times, they are pitched against each other as being their own gender’s worst enemy!

These perhaps are only very small examples of how patriarchy plays to debunk any and every effort that is geared towards bringing women together; almost used like an ammunition against any possible coalition because of the supposed threat that united women pose to their fragile egos and control.

This begs the questions and I must therefore ask, what is it about united women that is so fearful that it must be resented, dismissed and stigmatized?

Talking about stigmatization, it isn’t just women and their rights movement that is stigmatized. In our society, women are shamed and made to feel guilty about anything that is perceived as a challenge to an established norm, culture or rule even if it may be as basic as seeking their legal rights such as to inheritance or a desire to complete their education or to have a say in whom and when they marry. When and if they do speak up, the parents are often the first to stand up and accuse their daughter’s higher education for being the cause of this ‘defiant and rude behavior’, thereby making the argument that had it not been for the ‘awareness’ brought about by the ‘education’, the daughter would not have questioned the parent. This sure is one way to glorify ignorance.

The problem however, is not in her education but in the lack of appreciation that a ‘woman’ is an individual in her own right and not merely the sum total of her relations in her home i.e. a daughter, a sister, a mother, a wife. That she is a person, a citizen who is entitled to all the rights under the law and constitution of the state of Pakistan guaranteed to any other individual, to any other man. That she is not only capable of taking her own decisions, but is very well entitled to do so just as much as say her brother, her father or her husband.

What has happened in Pakistan is that women are sensitized to the years of suppression, control and dominance by men over their lives, they have been made aware of their rights and remedies however, corresponding efforts to sensitize men towards equality and inclusion has not taken place at the same rate and pace. There is a huge gap which persists between men and women and between those who are sensitized and those who are not. This gap is feeding into the mistrust and misconception of women rights movement and efforts and is further fueling the discord within homes and in the society at large. Perhaps, greater efforts to remove this mistrust are needed to bridge this gap.

This country has a rich history of women struggling for rule of law and developing its jurisprudence. They were the first to oppose oppressive laws from Zia’s regime and his regime itself. They have been amongst the biggest defenders of rights of minorities and the marginalized in this country. It wouldn’t therefore be incorrect to state that women have been the voice of conscience in this country.

On 8th March 2019 also, women and allies will march the streets of Lahore. They will march for Economic Justice and demand that the labour of all women and gender & sexual minorities be recognized and accorded dignity, and be given the right to earn a living wage and freed from economic, capitalist exploitation. They will ask for legal protections for women working in informal industries, home-based work and the agricultural sector that are often the sites of labour exploitation as well as sites of harassment or violence. They will press for implementation of the ‘Protection against Harassment of Women at the Workplace Act, 2010’ at all workplaces to ensure a safe working environment for women and all gender & sexual minorities and demand that women’s contribution to the care economy through home-making and caring for their families be recognized as unpaid labour that is equal to other types of work together with safe working conditions for women in workplaces, including informal industries, and provision of maternity leaves and day-care centres to ensure that women are able to participate in the workforce.

They will also march for Environmental Justice and demand that our right to Climate Justice be protected and enforced, and that our right to Climate Resilience be respected. They will seek access to safe drinking water as part of the fundamental right to life and demand emergency measures to be taken to ensure safe and clean air. They shall call for protection of animals as an integral part of both our natural and urban environment and ask urban and rural local governments to cease culling of stray animals. They will seek immediate steps to be taken to ensure and protect the Food Sovereignty and the recognition of women’s participation in the production and food and cash crops.

They will further march for Accountability and Restorative Justice against Violence and demand an immediate and total end to gender-based violence against women, all genders & sexual minorities. They will call for an end to and accountability for violence by the state in the form of police brutality and violence, especially on women’s and trans bodies and press for reform of defamation laws and procedural laws to ensure that victims and survivors of sexual violence and harassment are not silenced or intimidated. They will call for meaningful access to the legal and justice system, including the courts and the police, through radical reforms to ensure that women, transgender persons and gender/sexual minorities can seek justice and ask for implementation of anti-harassment laws and policies in places of work, educational institutes to ensure that schools and universities are safe spaces for all.

They will also march for Inclusion of differently-abled persons and call for an equal access to public spaces through making buildings disabilities-friendly. They will further demand equal recognition and accommodation for less visible disabilities, such as chronic and mental illnesses that fall disproportionately on women.

This march will also be for Inclusion of Transgender Persons and the marchers will call for anti-discriminatory measures to ensure that transgender persons have equal access to public spaces, public resources, health care, work and protection under the law. They will march for Reproductive Justice and demand the right to autonomy and decision-making over their bodies whilst they will also press for equal access to quality reproductive and sexual health services for women, all genders and sexual minorities.

They will march to assert the right to access to the city and public spaces, and ask that steps be taken to ensure that public spaces are inclusive and safe space for women. They will seek affordable, safe and gender-inclusive public transport and clean public toilets and also that moral-policing of women be discouraged, and be recognised as impediments to equal access to public spaces, and development of the self.

They will march to seek equality in mobility of all genders including in educational institutions and call for equality in the manner in which hostel timings are implemented regardless of gender.

More importantly, the marchers believe that “war is a business and no one wins except corporations and fascist ideologues. Wars militarise our everyday lives, create fear and fill the public with hatred. Till militarism is not seen for its patriarchal masculinist gendering we will never be able to envision war as antithetical to peace and as a mechanism that further solidifies toxic masculinity.” They therefore, will march to denounce policies of mass destruction, militarisation, and warmongering.

The marchers stand by victims of police brutality and call for police reforms to take place to avoid incidents like the Sahiwal massacre. They also believe that enforced disappearances are one of the gravest human rights violations in the land which not only affect the rights of person detained illegally but also have grave psychological and emotional stress and impact on women and families as a whole. They will therefore, march to demand that the state puts a stop to such practices, and those who have been disappeared are brought before civilian courts granted their right to due process at earliest.

As contended earlier, they will therefore, march to uphold rights of all those who are marginalized, vulnerable or excluded. They will march not selfishly to acquire a bigger slice of the pie for themselves but rather selflessly, to make Pakistan a safer, more accessible and equal place for all. I suppose that does make women uniting a fearful prospect!

The writer is the founder of LEARN and Women in Law Initiative Pakistan.