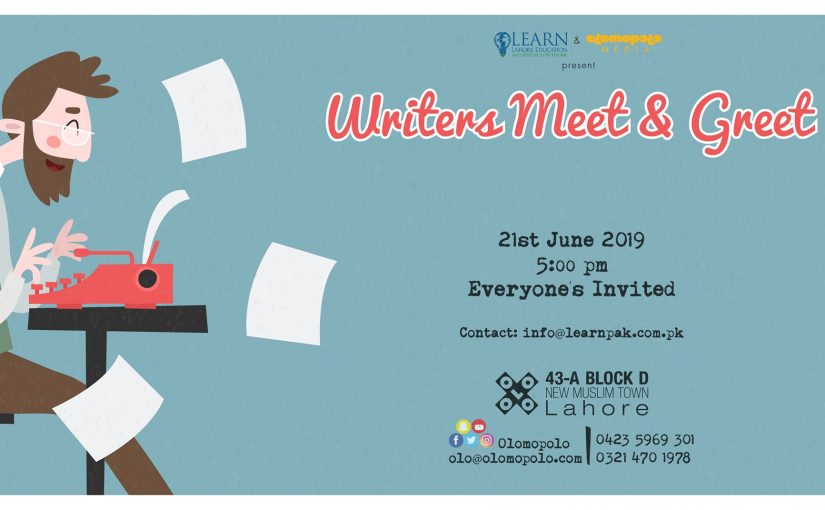 In furtherance to its campaign titled #RethinkingWriting as an Industry, Lahore Education And Research Network (LEARN), in collaboration with Olomopolo Media, organized its second session – a Writers Meet and Greet on 21st June 2019, Friday at Olomopolo Media, Lahore. The first session was held on 25th April earlier this year. 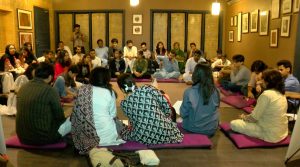 Various budding creative writers, poets, dramatists and other literary figures participated in the session and presented their work in both Urdu and English Language. The session aimed at connecting young writers within the literary circles and sharing opportunities with them in order to promote them as writers.
The session was graced by the presence of renowned journalist and writer Shabana Mehfooz and Poet Ali Mazhar from Ain Adab. Both the guests not only enjoyed the reads by participants but presented their own writings as well.

While explaining the purpose behind the initiative, the founder of Lahore Education and Research Network, Nida Usman Chaudhary said, “Pakistan has a very vibrant underground writing culture and through this initiative, we not only wish to provide the platform to our creative pool of budding writers but also aim to change the mind-set towards writing from a hobby and art to it being seen as an industry. There is so much potential that can be explored in this domain and we are working hard with stakeholders on a multidimensional basis to make them understand and see value in supporting and promoting our own stories, our authors and their exceptional work.”

Of the young writers participating in the event, the youngest Mahnaz Mir is only 13 years old and is awaiting release of her first novel by Rupa Publishers in December this year. Other young writers who presented their work in the session included Komal Bhatti, Abdul Wahab, Abdullah Kassar, Mumtaz Mir, Rabeea Hayat, Mariam Saeed Khan, Muaaz Hameed and Aisha Hamid.

While encouraging the young talent and appreciating the efforts by LEARN and Olomopolo, journalist and writer Shabana Mahfooz said, “I would encourage you all to read as widely and broadly even though it may not be the genre that you are comfortable writing on and about as it gives depth and allows for a deeper understanding of the craft. Not only does it improve vocabulary and expression but it also helps build ideas and provide exposure and build your thought process.” 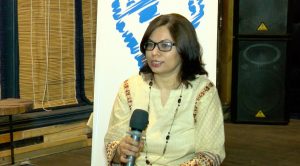 She summed up her closing speech with a few words from her article on freedom of expression. The participants thereafter engaged in an open house conversation. Effort was made to keep the session inclusive with people from diverse backgrounds and age groups participating to share their content.

“It was heartening to see how the youth of this country was able to put into beautiful, thought provoking and inspiring words some of the most pressing issues facing our society including Farishta’s case, the crisis in tharparkar, income inequality and even sexual objectification and violence against women” added Nida Usman Chaudhary. 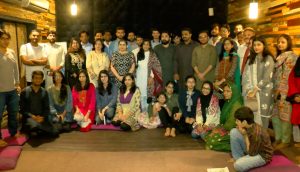